Don’t be caught with your pants down on St. Patties! A Underwear Repair Club member sent in his Fruit of the Loom, circa 2016, which had a hole in the butt plate. Mens sized Fruit of the Loom underwear is known for bullseye blowouts. Thankfully we had a sister set of reclaimed underwear we could use for this patch job (coloured green no less!) With high spirit we dived right in!

It’s a hole. In the butt plate. Approximately 2.75 inches due north from the all seeing one eye Sauron. 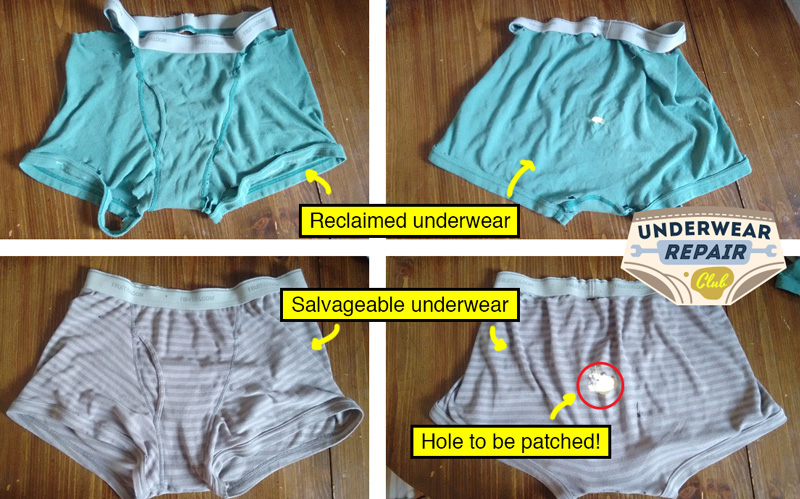 Fruit of the Loom mens’ briefs. 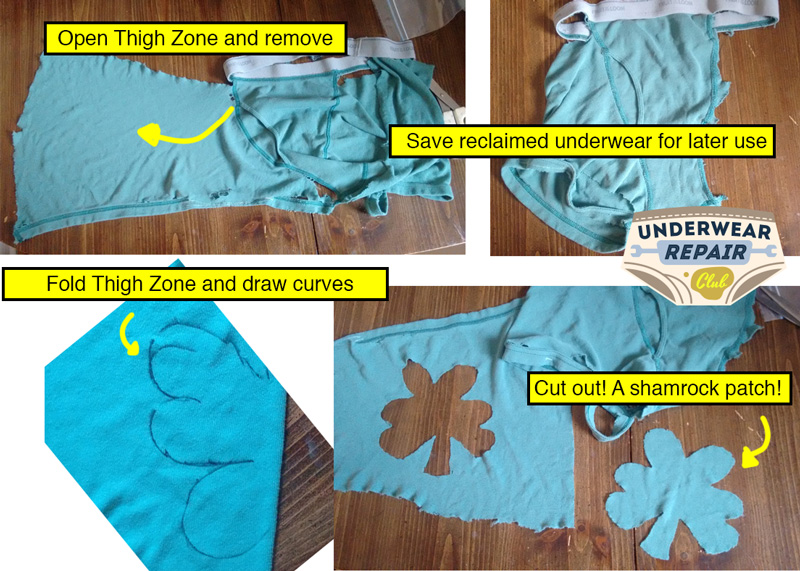 Save the reclaimed underwear from before for future repairs. Sew on Shamrock patch! Now get your March 17th on! 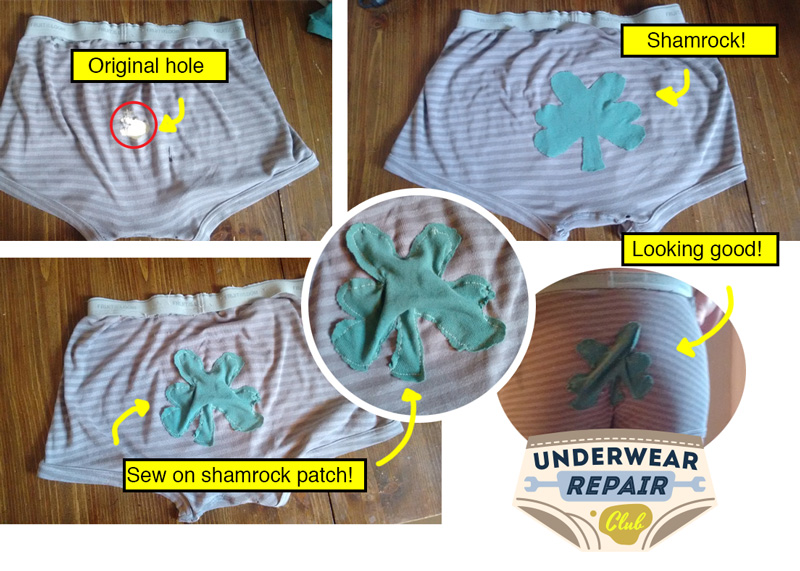