A Gold Member of the Underwear Repair Club sent us their beloved Jordache men’s black briefs. They had owned them since 1999. As you can see they have extensive damage in the buttocks and thigh regions. The waistband had lost all its elasticity and no longer was tight on the waist. As part of our commitment to our club member, we tackled this challenge with gusto. 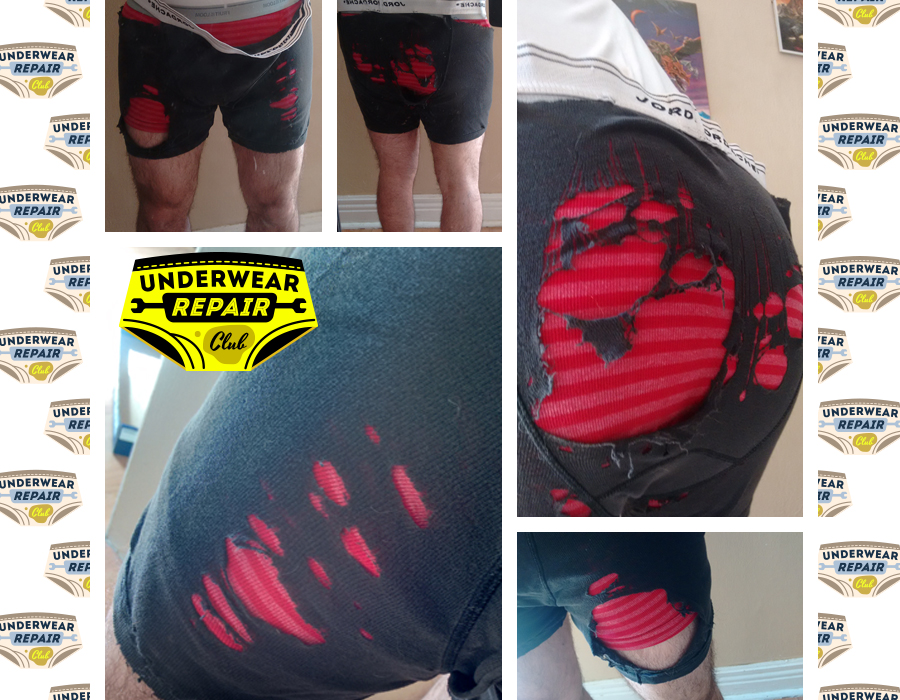 How we repaired these Jordache underwear

As you can see, the buttocks were completely worn away from years of use. The thighs were also worn, possibly from running. The waistband was reported to be originally 34 inches, but over 18 plus years, had stretched to 41 inches in circumference. 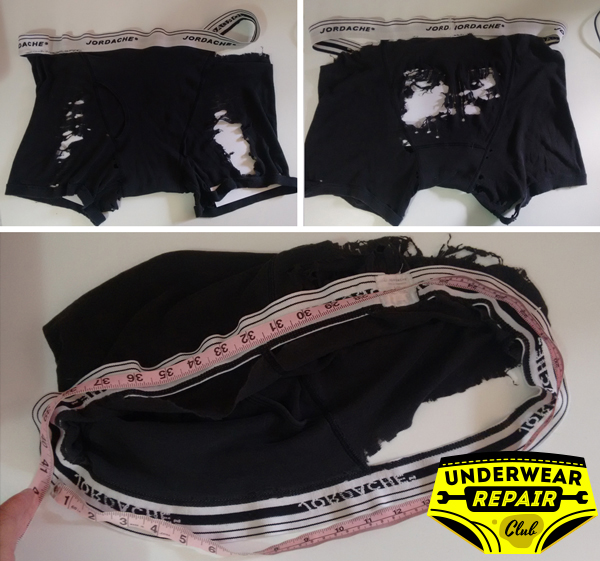 Because the Jordache’s waistband was stretched beyond repair, we surgically removed a waistband from a 6 year old Fruit of the Loom reclaimed underwear. 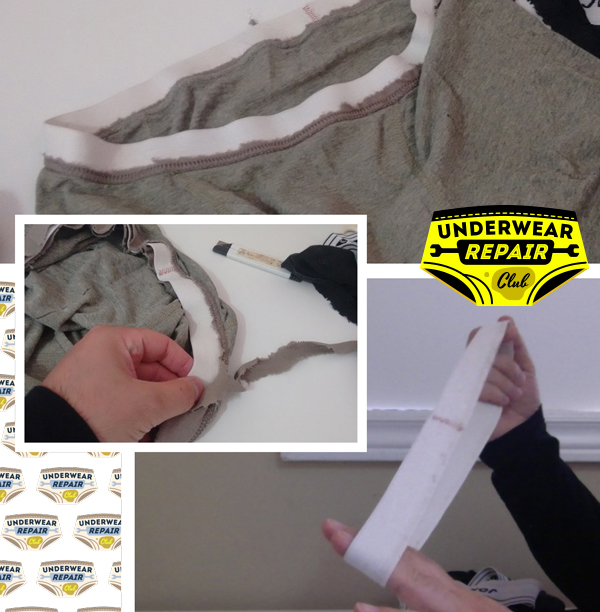 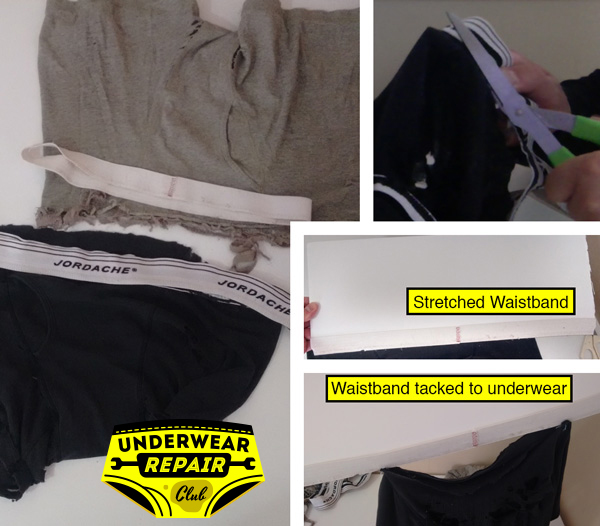 Then it was just a matter of sewing the waistband on to the underwear.

After 18 years of sitting, running, and living, the fabric along the Butt Plate was shredded severely. At Underwear Repair Club, we pride ourselves on re-using all parts of the underwear, but in this case, the butt was a lost cause.

Understanding what happened to the last Butt Plate, we re-used the Jordache waistband as reinforcement seams along the butt, similar to how a jock strap works. This allowed us to excise the shredded Butt Plate, while strengthening the underwear for another 18 years of wear. 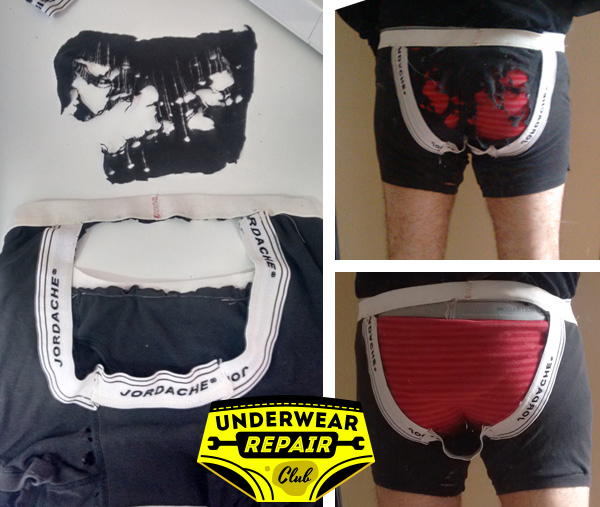 With the Butt Plate in place, we next took aim at the thighs. This was the easiest of tasks. Using the remainder of the reclaimed underwear, we replaced the right and left thighs. We matched the original seams as closely as possible. There was some minor patchwork on the inner thighs. 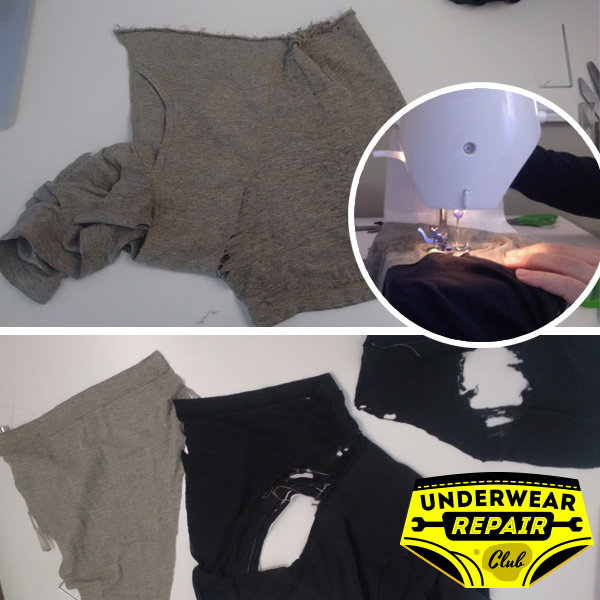 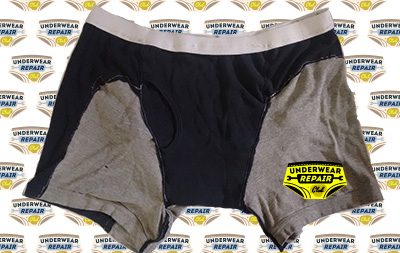 Return to the Butt Plate

Using Velcro, we added 5 tabs of attachment to the inside of the reclaimed Jordache waistband. From there, we cut out a Butt Plate sized section from the original reclaimed Fruit of the Loom underwear. For the fun of it, we also included a second Butt Plate from an earlier underwear prototype (see striped Butt Plate). 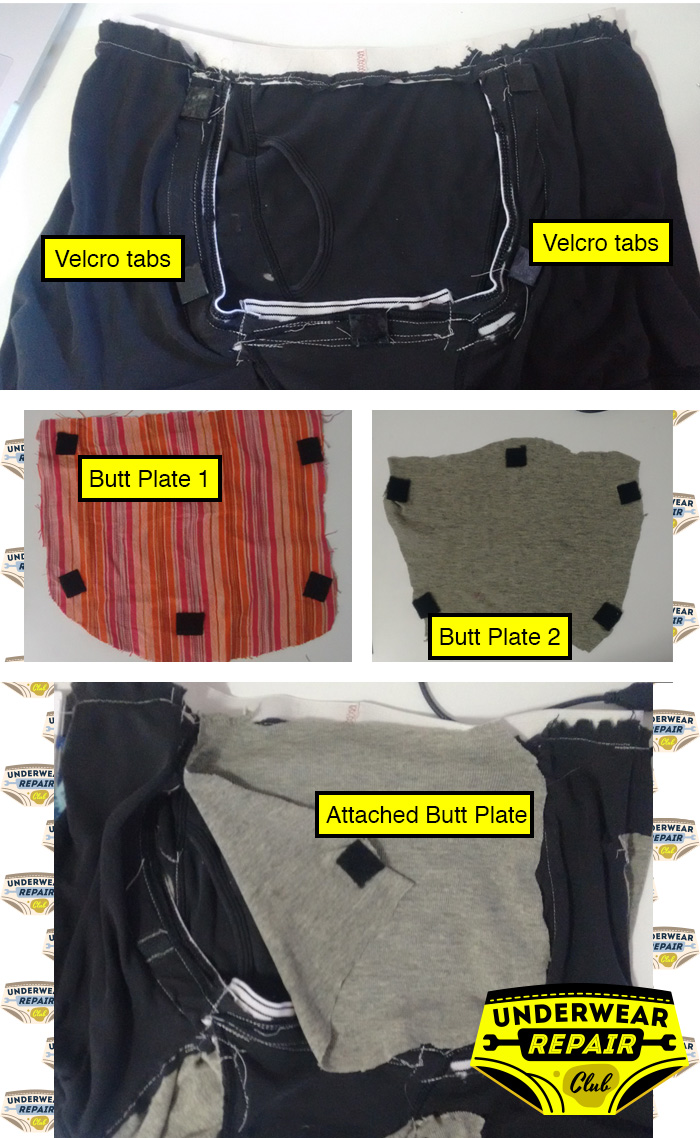 Our Underwear Repair Club member was over the moon. View the final repair shots below. 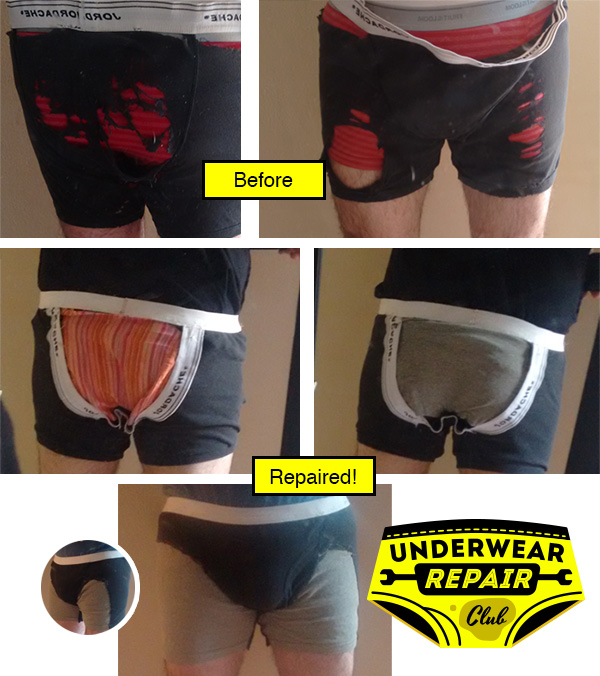