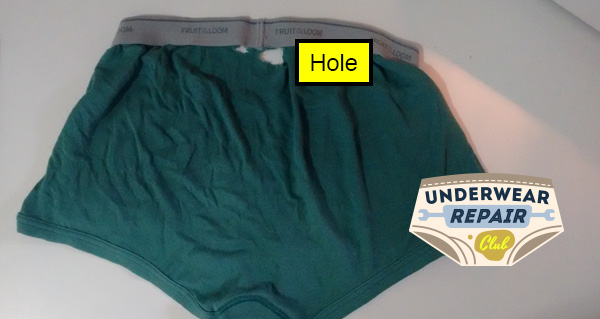 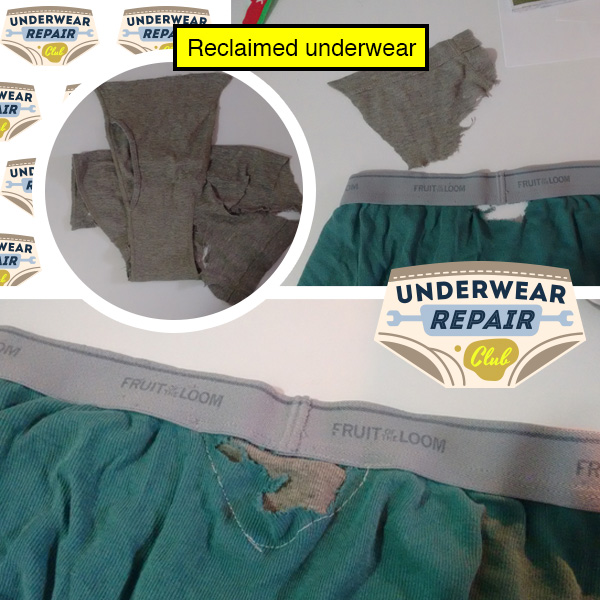 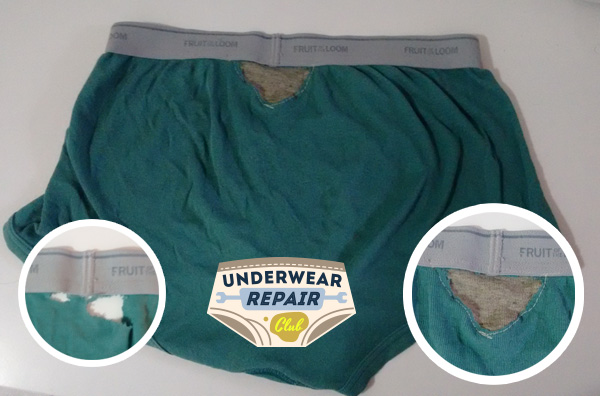 Due to the location of this hole, if it wasn’t for the reclaimed underwear repair, this Fruit of the Loom men’s brief probably only had another year of active duty.

Fruit of the Loom underwear is known for their front seam breaks. These types of breaks are often due to the action of putting the underwear on and off, causing pulls along the front thigh zone seams. This problem is often exacerbated by long toenails. 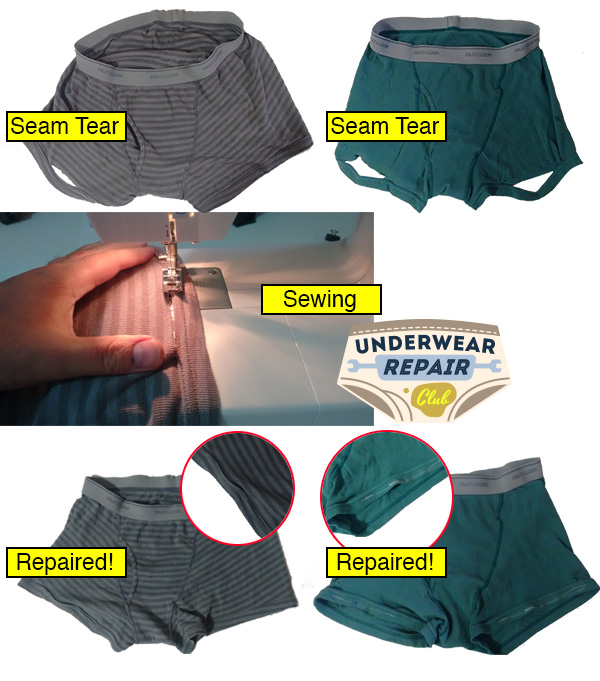 Whenever possible on Regular Repairs, our Underwear Repair Club Repair Associates attempt to repair without sourcing reclaimed underwear. This particular job has ensured at least 3 more years of underwear wear.

Often one of the first last things to go on a pair of underwear is the waistband. In this case, due to Jves Martin’s cotton style waistband, a tear appeared at the seam before any other damage surfaced. It was a simple matter of re-tightening the seam. We expect an additional 5 years of use of these Jves Martin boxer briefs. 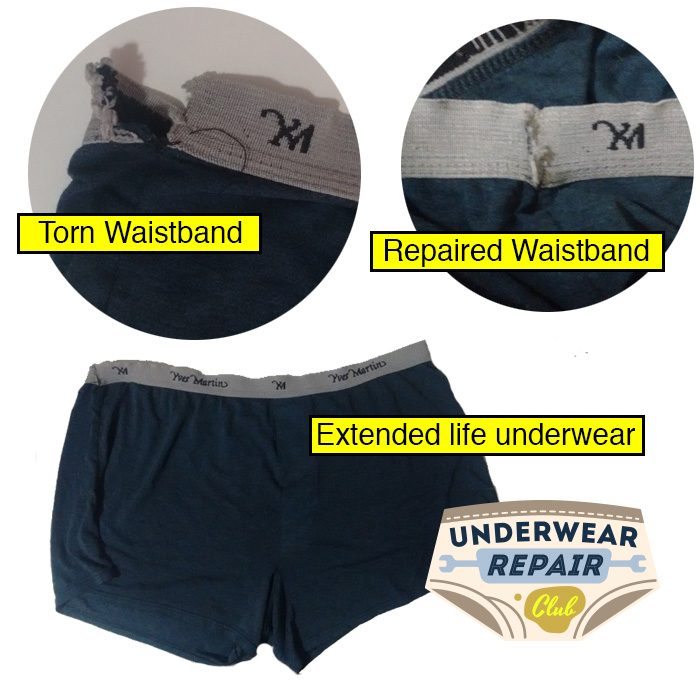